How to identify and get rid of moles in the yard?

Moles are small animals that look surprisingly cute. The fact that they can’t see well and don’t like sunlight contributes to how rarely you see these creatures.

But, they are not actually a creature you want in your garden.

Moles have cylindrical bodies and very small ears and eyes, they are almost invisible. Their fur is dark and soft. But, the real key to their role is in their limbs. The hindlimbs are small and don’t serve many functions other than to help propel them. It’s the short front limbs where all the muscle is held.

These have large paws that are perfectly adapted for digging holes and tunnels.

In fact, moles are generally very shy which means you’re even going to have to catch one to identify them or rely on the damage they do to your garden. If you’re still not sure then click here to speak to an expert. They can verify the presence of moles and the best course of action to take to eliminate the issue.

Moles dig tunnels and push the earth in front of them, eventually pushing it out of the earth to make a ridge in your garden.

Mole ridges are generally between three and five inches. They’ll be randomly placed across your lawn but there will be plenty of them.

It should be noted that the tunneling process destroys the roots of plants, you’ll notice plants and grass dying or going brown along the route of a mole tunnel.

They can quickly destroy a lawn or kill your vegetable garden.

It is worth noting that the tunneling actually turns and aerates the soil. They are also good at eating other pests in your garden but they are a target for foxes and other similar predators.

That means the presence of moles in your garden is more likely to attract foxes, etc.

To get the professionals to do this for you simply click here.

However, if you want to try getting rid of the moles yourself there are a couple of things that may help.

Poisons and fumigation techniques can be effective. However, you’ll need to place these in the mole holes and around the edge of them. This could be an issue if you have pets or children that may come into contact with the poison themselves.

This is effective but not the best choice for everyone.

The preferred and most successful way to capture and kill moles is to place a mole-specific trap into the hole. You’ll need to talk to the experts in order to get the right trap. This is then slid into the tunnels and the mole will run into it. As it shuts behind them they will be unable to get out.

It is important to move the traps regularly, placing them in the most active tunnels will increase the likelihood of you successfully capturing the mole, and killing it. 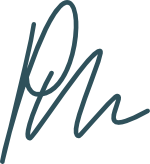